Robert Ford describes his first visit to the Mulberry Shoot in the West of Ireland. 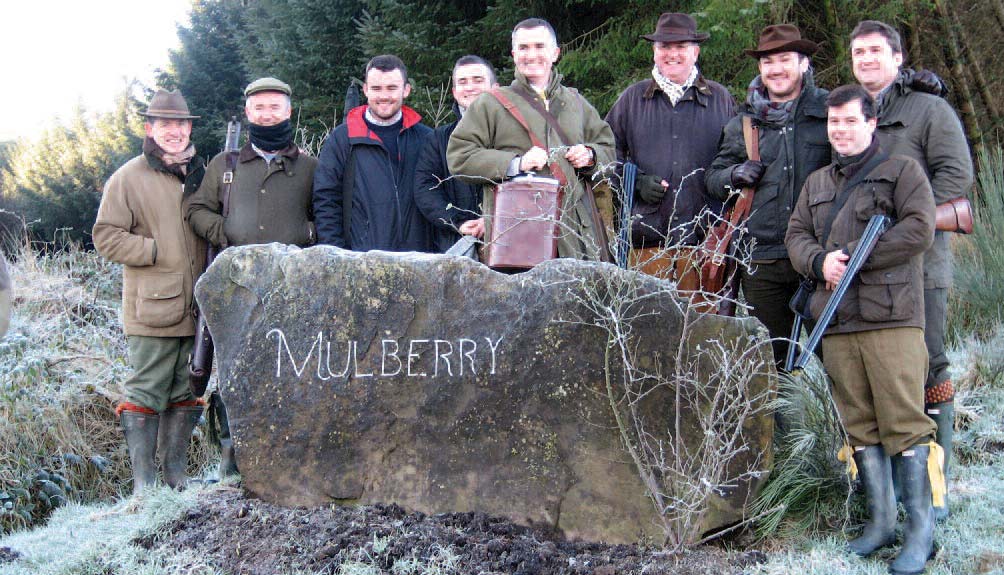 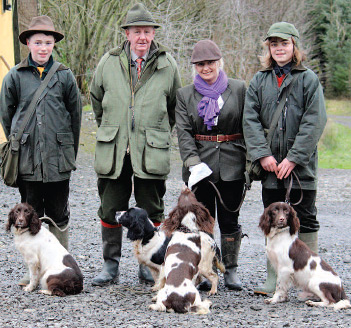 I have been shooting 25 or more driven and walked up shoot days every season in the UK and the USA (where I am resident) for over 20 years and have written in the past about some great experiences; so when I received my first invitation four years ago, from a group of friends, to join them on a visit to the Mulberry Shoot in Co. Clare in the west of Ireland, I jumped at the opportunity to make my first trip to Ireland. Some of the guys had been to Ireland for shooting before, but it was going to be the first visit to Mulberry for all of us.

My first impressions of the Mulberry Shoot were formed long before our arrival. Once we had decided on dates and booked flights, John Forde (no relation) and his team got involved and organised with great efficiency our local transport requirements, accommodation, gun permit and gun hire requirements. This gave me particular com- fort in planning the trip. Early attention was applied to safety and insurance issues; John enquired about the experience level of each member of our team and offered a qualified coach to be made available if required. The attention to detail here was something any of the top UK shoots would be proud of. 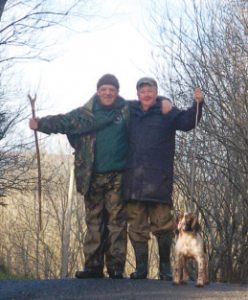 With three flights per day between Heathrow and Shannon it wasn’t difficult to organise a suitable flight, on my first trip from London, although I now fly direct New York / Newark to Shannon. A real plus for this location is that you are never more than thirty minutes drive from your accommodation, the shoot or Shannon airport. A driver was there to collect us on arrival and for our first visit we stayed in the wonderful Adare Manor Hotel. I was so enchanted with Adare, the history, the castles and friaries, the beautiful painted buildings, that I have been back several times since for summer vacations with my family. 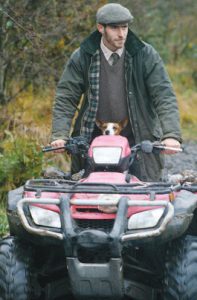 We are all looking for-ward to the Manor re-opening later this year, after what looks like an amazing restoration and extension process.

The stage was now set and the anticipation levels were certainly high amongst our group for the shoot day. We had booked a 300 mixed bird day of pheasant, partridge and duck. I must admit, I wasn’t quite sure about the duck having had a few frustrating experiences with circling duck over the years.

After a short journey from the hotel, we arrived at the shoot lodge at 9.30 am to be greet- ed for the first time by John and his partner Margaret. The unique Irish and indeed Mulberry hospitality kicked off from the moment we arrived. Everyone was welcomed and made to feel relaxed and all necessary admin issues were addressed. Before long we were being introduced to the key members of the Mulberry Shoot team, including the resident gun dealer who matched us with suitable guns and cartridges. A draw for pegs was made and then just before we set off for the first drive a detailed safety briefing was delivered by John. 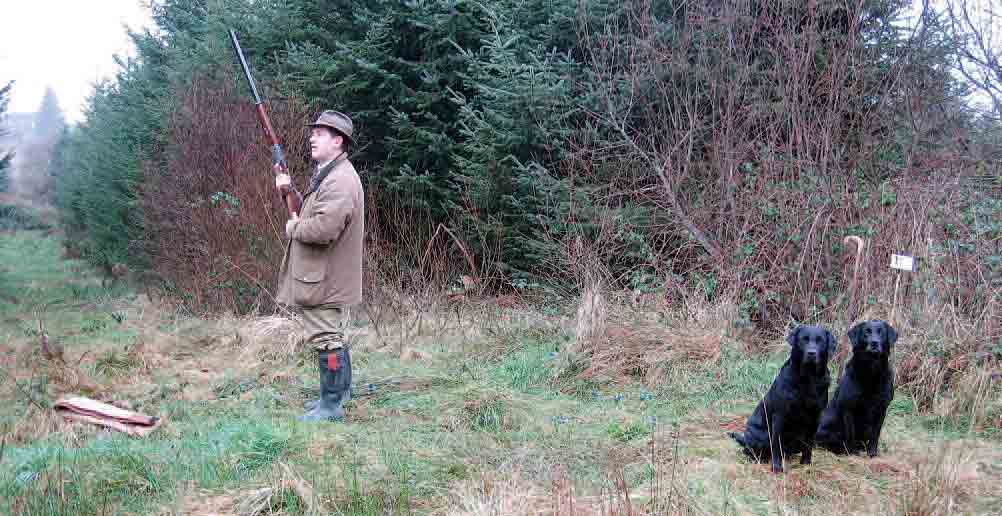 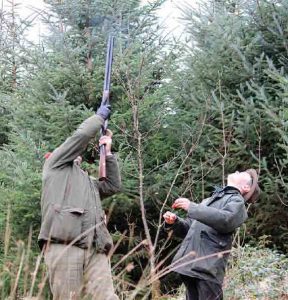 We were then taken to our first drive on the “old school gun bus” – a covered trailer with hay bales as seats. This was the perfect way for a team of friends to start a shoot. Our first drive was on the card as a duck drive and, bearing in mind what I said earlier about my experiences with duck, you can imagine I wasn’t necessarily looking forward to this one. However, the best way to describe this drive is to quote one of my friends shooting with me that day, again a person who shoots multiple days every season in Ireland and the UK. When asked what he thought of the drive his answer was, “That was not the best duck drive I was ever on, it is the best drive I have ever experienced.”

That sentiment reflected pretty much how we all felt that day. The speed and height of these birds (absolutely none circling) coupled with the way John had the pegs placed in rides cut through the wood- land made this a spectacular start to our day. The rest of the drives did not disappoint either. With a decent westerly offshore wind to assist the birds, they certainly produced a challenge that would test the best of shots. The calibre of the drives and the birds produced were just out of the top drawer. We were ten experienced guns and our bag came in at a respectable 338 for four drives with around 1300 shells fired. 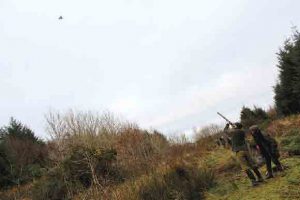 There are numerous drives at Mulberry, each unique to the topography of this fantastic estate and John is particularly skilled at keeping birds in the air for the entire drive. It is an epic shoot and it came as a great surprise to me to discover that duck and pheasant can go incredibly well together. One of my favourite features of Mulberry is the ability to walk to the vast majority of the drives therefore providing the team with plenty of time to share their experiences before arriving at the next stand.

John is supported by an excellent picking up and beating team. They engaged in a very positive way with the guns and played their part in ensuring a great day was had by all. The banter and fun we had with them during the day and especially during elevenses is certainly, uniquely Irish.

Once the shoot is over, the welcoming and hospitable environment prevails at the 18th century Shoot Lodge where Margaret greets you with open fires, sloe gin, fine wines and delicious food – all you would expect from Irish hosts, warm, convivial and, of course, plenty of craic! Sitting there in front of a warm fire, surrounded by beautiful antiques with Margaret making sure your glass is never empty, is it any wonder we decided to make this an annual event. 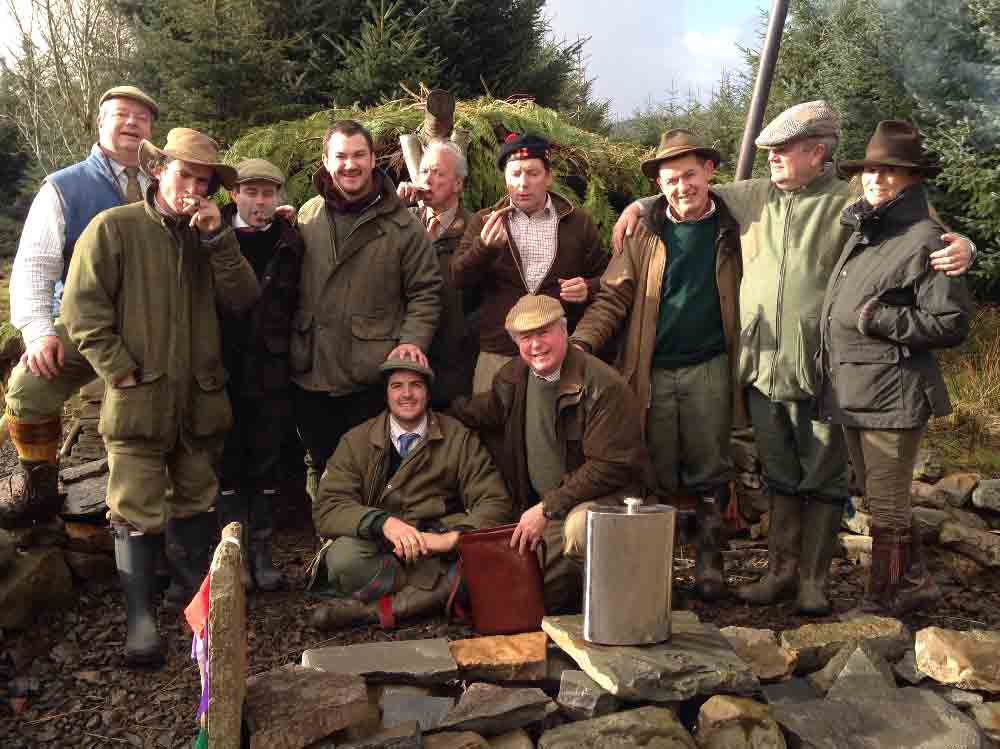 The author, Mr Robert Ford with friends for elevenses at Mulberry Shoot